After 2 successive weeks of sunshine, the mid-week flyers had a more challenging day. Low cloud base led to a late start, but concurrent activity saw a number of members assisting Nick in putting the wings back on FUY which completed its annual, and KAN was de-winged for its annual. Soft ground led to a decision not to use the caravan and the Land Rover took over as the launch point station. Whilst some thought the cloud base would never lift, Mike stood firm and as usual he was correct as gaps appeared and both winch and tug launches took place. To prove the point Mike, accompanied by our new member Ronan, son of our recently new member Roland, managed a 23 minute flight into some wave – Ronan is clearly hooked – welcome Ronan! A good day out with us departing as the sun, which had finally appeared through the gaps, disappeared. 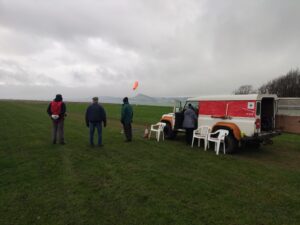 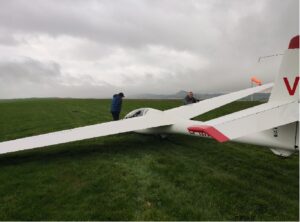 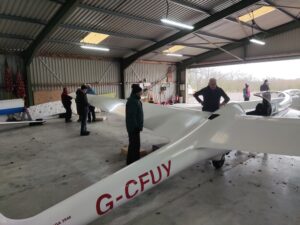 For the second week  in a row, the mid-week flyers experienced a glorious day, with little noticeable wind at the launch point (slight tail/no chill) seeing outer layers removed and silky smooth landings on a field which just stood up to the recent wet weather. All the club gliders as well as the tug and the motor glider were in action, and concurrent activities saw Greg commence his winch driver training (with some others in the wings to join him) and John introducing  3 new syndicate  members to the  delights of the Venture motor-glider  (Andy,  Roger  and  Trevor).  Another  great day! 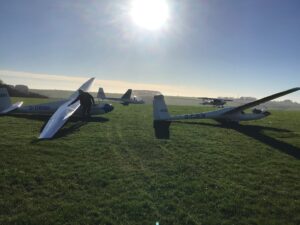 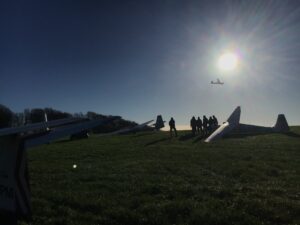 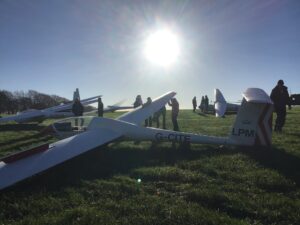 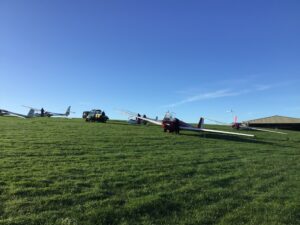 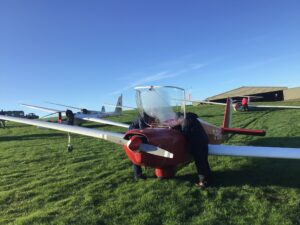 After what seems like weeks of blustery overcast and damp conditions, Mr. Blue Sky shined brightly on us on this mid-week flying day. An excellent turn-out  saw  2 x Puch’s, 2 x Astirs and 2 x K6’s (unpacked from their winter slumber) take to the crisp blue skies. The tug was in operation,  and  pilots  were  seen  searching  for  some  wave  which evaded  their  short  desperate  struggle.  Meanwhile  thermals were  spotted  at 150ft,but  sadly  Keith  is  in Andorra, so unable to take  advantage.  Temperatures  around  1%,  but  quite  comfortable  with  most  pilots  doing  good  impressions  of  Russian  border  guards  or  in the  case of  Graham, Ernest Shackelton.  A thoroughly  good  day  out.